40 Years of Reform and Opening

This year marks the 40th anniversary of Deng Xiaoping’s policy of Reform and Opening (改革开放, a term that actually originated with the Vatican, of all places).

As part of the official commemorations, there was a large ceremony in Shanghai, run by the city government. The foreign researchers were invited to take part, so this morning, we all arrived at the Shanghai Exhibition Hall to load into a VIP bus with various consular staff, and some business people.

As our bus wound through traffic, I had plenty of time to think about how much faster the trip would have been by subway…

We ended up at the Inverse Jenga building, otherwise known as the World Expo Center, and made our way into a fairly nostalgic setting of red flags, and thick red carpet. 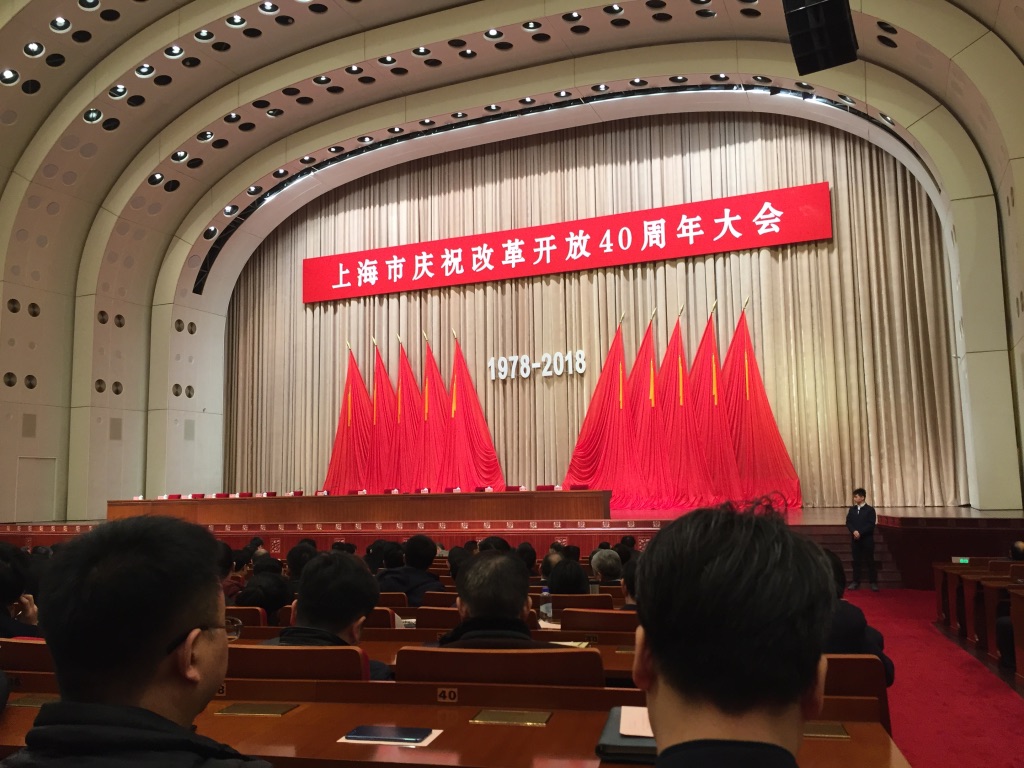 There were no pictures during the event, which consisted of a number of speeches about how much has changed in 40 years.

Now it’s hard to imagine that time has made me less cynical, but the fact is that the speeches were really spot on. As someone who has seen the last 20 years, and knows fairly well what things looked like before that, the change is stunning. For all it’s problems, China has made unimaginable progress by any conceivable material measure.

Just today, I read a piece by a writer from the Economist, predicting that it’s all going to come crashing down. The thing is, they have been writing China’s obituary for decades, and it ain’t happened yet. There are plenty of things that could yet go wrong, but if you can come to Shanghai and not be impressed, you are truly tired of life.