It’s a term that was coined by Eric Hobsbawm, and means simply that we create ideas of the past that weren’t there, at least not how we imagine it now.

One example is the idea that men in Scotland all wore kilts, just like in the movie Braveheart. Who cares that kilts in fact only became common hundreds of years after the real William Wallace? It fits our image of “medieval times,” and gives movie characters a perfectly cinematic method of expressing themselves.

We see this manipulation of tradition everywhere with food, especially with food branding. Nothing sells like the sepia-toned promise of food “like mama used to make.” 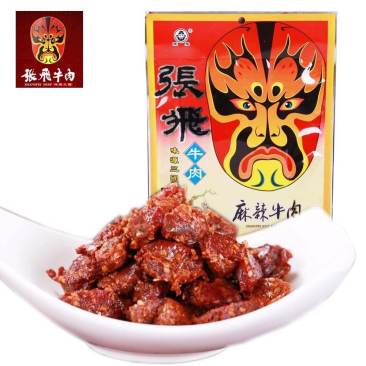 How historically accurate are these images of Chinese food? It probably does represent the choices available to elites, for whom food was both culture and medicine. In his amazing “Way of Eating” blog, Sean Chen translates the Suiyuan shidan, a Qing-dynasty book of gastronomy, and then shows us the actual recipes. Berkshire Publishing is coming out with a print version of the whole translation, called Recipes from the Garden of Contentment.

Ordinary people are much harder to see. There is the occasional observation from travelers and missionaries, but these are not necessarily reliable, and even if they are, they might just represent what someone saw on one day. That’s like some future-type historian looking back at our TV shows and concluding that Americans lived on pizza. (ok, maybe that’s not the best example…)

Understanding historical diets is more than just a curiosity. If you know what people ate, then you can know what kind of diseases they got, what kind of pressure they placed on natural resources, who they culturally interacted with, and how far they traded.

So did Chinese people eat meat? As a historian, I want to know. Besides how much, I want to know what kind they ate, when they ate it and where it came from.

So how do I find out? One thing we can do is look at prices. This is a trick that was pioneered by the great Annales school historian, Emmanuel Le Roy Ladurie, who combed through sources like farm worker contracts to find out every aspect of daily life in rural France, including diet. He discovered, for example, that when labor was cheap, workers got paid in black bread. When labor was expensive, they demanded white bread. Essentially the price of food changed with the price of labor.

I have spent the past few months collecting prices from all over China, but these can only tell you what was available. They might tell me that one jin of chicken cost the same as one jin of sugar, but they don’t say which one people actually bought.

Recently, Jia-Chen Fu at Emory University pointed me to dietary surveys from the 1930s. These were conducted by scientists who wanted to ensure that Chinese people were getting enough nutrition, but first had to find out sure what people ate. They weren’t super scientific — the samples are small and scattered — but still they show us a lot.

Some of it is common sense. It’s probably no surprise to learn that summer diets were different from winter ones, or that rich and poor families did not eat the same food.

But they also recorded food intake, measured to the gram. So taking a page from Way of Eating, I bought some of the likely ingredients, and measured out what dinner would have looked like to different groups of people.

So what would a day’s food look like? For a Chongqing office worker in 1943, something like this: 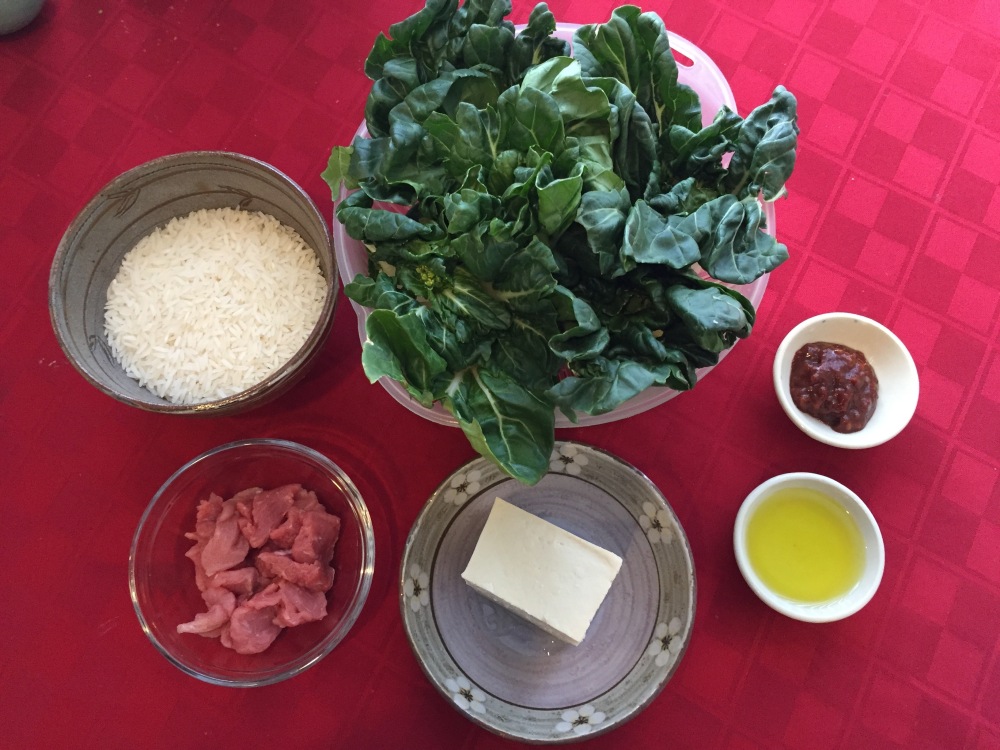 It’s hard to compare this to American diets, but one obvious standout is the amount of meat. Americans at the time were getting about 35% of their protein from meat. Meat in this diet is only about 7% of the total protein.

It also makes you think about how the food would be cooked. Most sources say that meat was often boiled or steamed, rather than fried, because of the expense of cooking oil.

But this is only one example. There is endless variation, even in one place.

I’m currently writing all of this up into a proper journal article, but in the meantime, a picture really says it all.