After Seoul, I went back to Japan with Misa and we had a nifty time running around Osaka and Kyoto. Then I came back to Korea, mostly to work in the National Assembly Library for a week. But, as it happens, one day I got a call from Lina, who asked if I wanted to go to a temple for a couple of days.

In fact, I did want to go to a temple. Very much so. So the next day, I met Lina, her advisor at Seoul National, and a few others (a whole van full, actually) early one morning for what I though would be a trip into the suburbs, but turned out to be a fun five hour drive into the mountains on the other side of the country.

We arrived at a Unmunsa (云门寺), a very large, very old, and very formal temple complex that houses about a hundred and fifty nuns. Most were busy studying or working, so the complex looked deserted as we walked around.

The temple put us up in the Green Smoke Pavilion, with the five women in one room, and me in another. Knowing that we had to wake up at 3:00 for morning prayers, I was not unhappy to have the coziest room (freezing outside, heated floor inside) in the world all to myself. 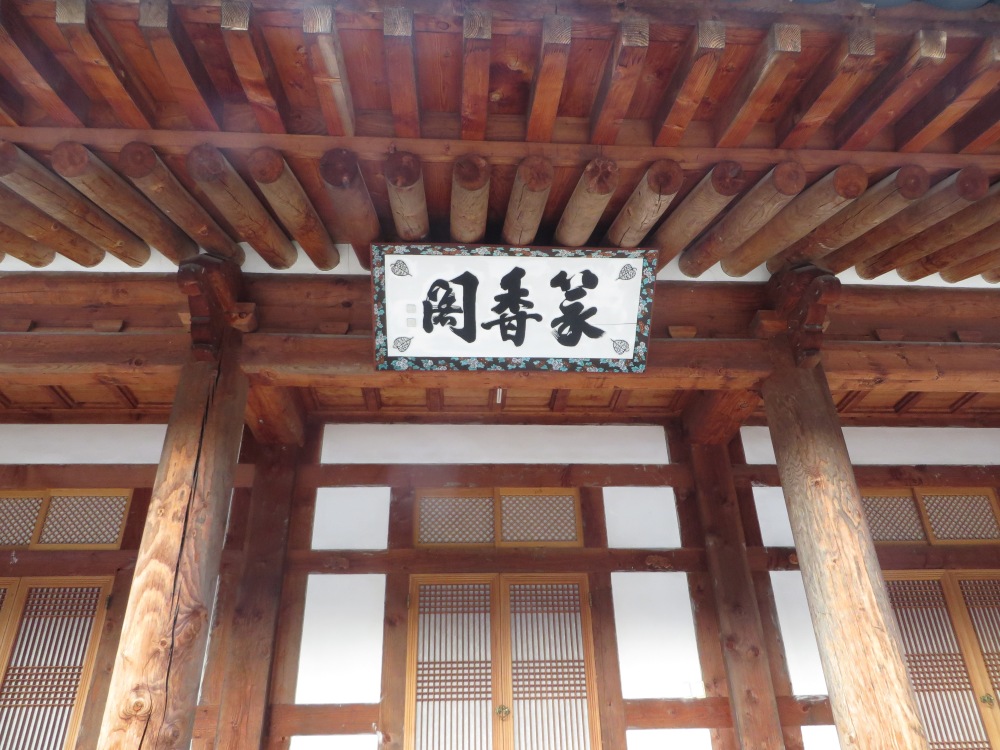 Nice dinner and early bed, but no amount of sleep can prepare you for knowing that you have to go out in the extreme cold at that hour, and then do the 108 prostrations while everyone else chants. Luckily, the combination of years of Catholic school and martial arts have made me pretty good at following along with rituals even though I have no idea what is going on. At least I could read the characters in the book.

The next day, we had a nice breakfast and lunch of temple food (the first time we actually saw all the residents together), and then went for a little hike up the mountain. To this place.

An easy but very pretty walk – took about 45 minutes to go up quite slowly. Lots of people at the top. 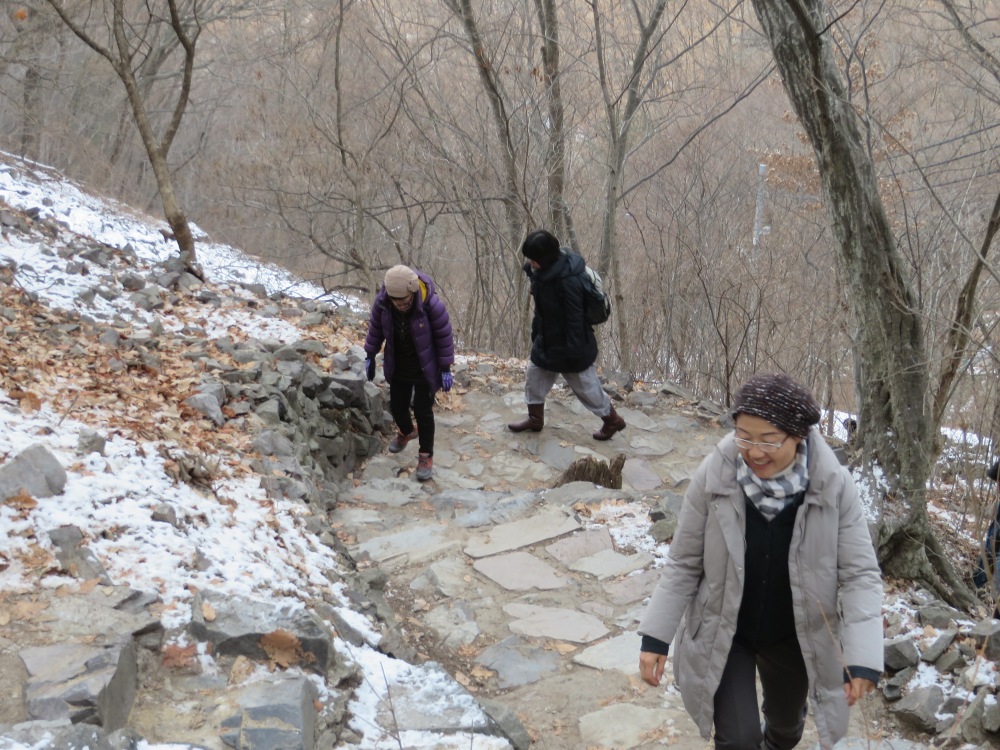